You can sue a church (or any other institution or business) whether there is insurance coverage or not, so why does this matter? Because some dioceses, like the Roman Catholic Diocese of St. Paul and Minneapolis, have filed bankruptcy over sexual abuse claims, particularly where priests have abused many individual children. Claims against Larry Nassar, the sports doctor who had sexually abused approximately 500 young female athletes while recording many of the acts, singlehandedly caused USA Gymnastics to file for bankruptcy in 2018. In a bankruptcy situation, claims that are covered by insurance can be paid up to the limits of the policy, but those that are not covered either go unpaid or have to share a limited fund with other claimants.

What Determines if the Insurance Will Cover Your Case or Not?

Insurance coverage is complicated, and always depends on the exact language used in the particular insurance policy and the facts of the case. The fundamental problem is that insurance is designed to cover accidents, i.e., unintended events that happened because people were not as careful as they should have been; insurance companies never want to cover intentional criminal acts. Subject to certain state regulatory requirements, insurance companies get to say whatever they want in the policies. Since the advent of all these claims, they have tried to phrase the definition of a covered event (an “occurrence”) so it doesn’t cover any intentional inappropriate sexual acts, i.e., so their obligation to cover the incident is not even triggered. They also write exceptions (which are called “exclusions”) from coverage based upon various intentional criminal acts. Depending on what the policy says, which state’s law applies, and how the event happens, this doesn’t always work out well for the insurance companies.

Not Only Was it Intentional or Accidental, but From Whose Point of View? 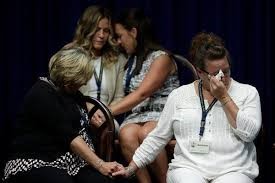 In RJC Realty1, a woman sued a health spa claiming that a masseur had touched her genital area while giving her a massage. The policy covered “bodily injury” caused by an “occurrence”. “Occurrence” was defined as an accident. There was also an exclusion from coverage for “’bodily injury’ expected or intended from the standpoint of the insured”. The insurance company said that this was not an “occurrence” because it was not an accident; it had to be intentional or it could not have happened, and because of the exclusion, the insurance policy did not cover the claim at all. The woman bringing the claim obviously didn’t accuse the spa owners of touching her; she accused them of being careless in hiring and supervising the masseur. It was also obvious that the spa owners never intended this to happen. New York’s highest court ruled that this was an “accident” and therefore it was also an “occurrence” because it was clearly not expected or intended from the standpoint of the insured. The spa had paid for the coverage and was the “insured”; the masseur was not. For the sexual assault to have happened, it had to be expected and intended by the masseur, but he was not the insured, and he had clearly done something the insured had never authorized or intended. The insurance company therefore had to pay attorneys to defend the spa and had to pay on the claim. Knowing this, in recent years, insurance companies have moved toward writing policies to exclude all claims based on sexual abuse or molestation, without regard to anyone’s point of view or expectation.

Interestingly, in coverage disputes in these cases, the child bringing the claim will usually join with the church, institution, or business being sued, against the insurance company, because they both want the claim to be defended and paid by the insurance company. The coverage issues will usually be fought out in a separate lawsuit, called a “declaratory judgment” action2, or in lawyer’s parlance, “DJ” for short. The parties to a lawsuit often want a decision on the coverage issues before they go forward in the lawsuit for the underlying claim, particularly before they talk about settlement. There are lawyers who do nothing but these insurance coverage disputes, which are very important to many people and businesses in many different contexts. In large commercial casualty losses, the way a few words in the policy are interpreted can make a difference of many millions of dollars.

How Will This Play Out Under the New NY Law Which Now Allows Lawsuits in Older Cases? 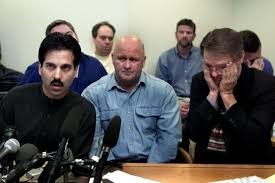 Under the new law just passed in New York3, people will now be allowed to sue any institution or organization for any claim of sexual abuse against a minor, no matter when it happened, for a one year period called a “window”. After the explosion of sexual abuse claims against the Catholic Church, insurance companies started writing the policy exclusions much more carefully, but because we will now be dealing with sexual abuse that occurred so many years ago, everyone will have to get the old policies of insurance out and see what they say. These policies were written long before the insurance companies were aware of the magnitude of the losses from this risk, but if the company issued the policy, it will have to live with the way it was written then. Because people will now be able to sue until they are much older, these claims will go back many years. In some cases, it might not even be possible to find the actual policies, because certain insurance companies acquired certain other insurance companies, or because things were not yet computerized or kept in digital format at that time. If it can be determined which insurance company covered the church or other institution, and the policy cannot be found, that will create a whole slew of new issues that the courts will have to decide. However, in the older policies, the exclusions will probably be clumsily written and the insurance companies will likely have to pay both for both the legal defense and the actual settlement of the claims.

What if the Sexual Assault Occurred Over a Period of Years or There are Different Insurance Policies Involved?

This creates another whole slew of different questions, because the courts have to decide, for example, if abuse by the same priest over a period of years was one “occurrence”, one occurrence for the purposes of the policy period, or if each act was a separate “occurrence”. This can be very important because insurance companies have to pay certain amounts “per occurrence” and a certain maximum over the period of the policy. The church may also have bought its insurance coverage from different insurance companies over the period of the abuse, and these companies often fight amongst themselves over who has to pay and how much. The church may also have an “SIR” (self-insured retention) which is actually a very large deductible. This means that the church will have to pay the full amount of that deductible for each “occurrence”4 before the insurance company has to pay anything.  These issues are too complex for the scope of this article, but if you have a case like this, you should choose an attorney who is closely managing the insurance coverage issues, as well as pursuing your claim against the church in court to make sure that you actually get paid after all the smoke clears – Remember that a huge verdict doesn’t mean anything if it can’t be collected.

[3] Child Victim’s Act, the civil statute of limitations is extended under CPLR § 214(g).