by Bill Cafaro,Affair At Work

The most shameful case in recent history was Thomas Lowe, an Egan, MN attorney representing a divorce client, who had an affair with her that lasted seven months. After several arguments with the woman about the affair and his own marriage, Lowe said he was breaking things off. Two days later, he said he was withdrawing as her attorney. That day, the woman, who was vulnerable because of past abuse and mental health treatment, tried to kill herself. While hospitalized, she disclosed the affair.
In giving him an indefinite suspension, the Minnesota Supreme Court found that he had not only had sex with a vulnerable client; he had actually billed her for meetings during which they had sex.¹

Who’s Gotten in Trouble over Sex in New York Recently?

There were two cases in the past year which make for interesting reading. In one, a lawyer offered to represent a prostitute in a small town court upstate in exchange for her services – a good old fashioned barter arrangement. Unfortunately for the lawyer, his client was smarter that he was, and she contacted the police. The prostitute then recorded phone calls with the lawyer, agreeing that they would have sex in exchange for his legal services. As a result, the lawyer plead guilty to loitering for the purposes of prostitution and got community service. The disciplinary committee found that the lawyer had obviously violated the rule against requiring sexual relations as a condition of providing representation², but he was only given a censure, which is essentially a public reprimand. Although we don’t know it for a fact, it’s a safe bet she got the prostitution charge dismissed for turning the lawyer in, because he was certainly a bigger fish than she was.

In a much more serious case, Tara Lenich, a Deputy Bureau Chief in the Brooklyn District Attorney’s Office, was indicted in federal court and plead guilty to forging wiretap warrants. Because she had a romantic interest in a detective who she suspected of dating another female prosecutor in the same office, she forged judges’ signatures on fake orders authorizing her to eavesdrop on their cell phones and falsified warrants for their text messages. She told her colleagues in the office that she was working on an investigation so secret that no one else could know about. A staffer in the DA’s office became suspicious when she saw another prosecutor’s personal phone number on the eavesdropping warrant. She faces a maximum of 10 years on the guilty plea. Although her sentence will likely be far less than that, she will definitely lose her law license because anyone convicted of a felony³ is subject to automatic disbarment under New York law. 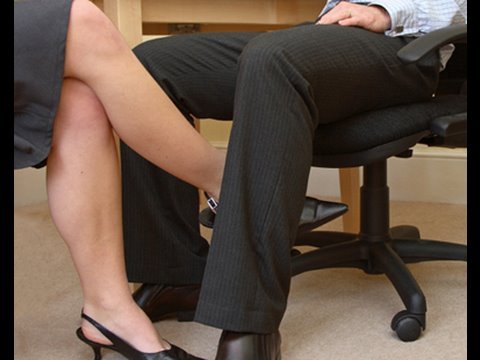 So What’s the Rule: Is Sex Allowed4 Between a Lawyer and a Client?

There is a strict prohibition 5 in New York against having sex with a divorce client, because divorce clients are often emotionally vulnerable, and there is an increased risk that the client will be exploited. However, even this rule has an exception if the sexual relations started before the client-lawyer relationship , so a lawyer could legally represent his/her lover in the divorce that followed in the wake of their adulterous affair. Also, any sexual relationship6 that begins after the representation is over would not be breaking any rule, even in a divorce case. 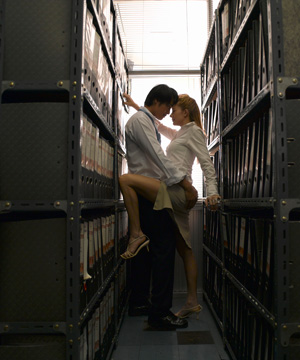 What About Sex with Clients in Non-Divorce Cases?

While there is technically no rule against it, any lawyer that starts a sexual relationship with a current client is entering into a grey area. As one court said “because a sexual relationship between a lawyer and client creates the risk of impairing the professional judgment of the lawyer, and rendering the client unable to make rational decisions related to his or her case, the relationship may be detrimental to the client’s interests. As such, “sexual relations between lawyers and their clients are dangerous and inadvisable””7 If the lawyer is accused of doing anything else that’s against the rules, having sex with that particular client will add a “sleaze factor” to the disciplinary case that won’t lead to any good places.

Are Doctors Allowed to Have Sex with Their Patients?

Although the concern used to be confined to psychiatry, since 1991 the American Medical Association has taken a much tougher position and adopted a blanket rule. “Sexual contact that occurs concurrent with the patient-physician relationship constitutes sexual misconduct.” 8That same opinion goes so far as to say that “Sexual or romantic relationships with former patients are unethical if the physician uses or exploits trust, knowledge, emotions, or influence derived from the previous professional relationship.” In fact, the AMA goes so far as to regulate sexual and romantic relationships between doctors and key third parties who accompany their patients.9 What will happen to a doctor who dates a patient seems to vary quite a bit, though, according to the particular state and the particular circumstances.

mark12
|
November 28, 2017
A debt of gratitude is in order for the post and awesome tips..even I additionally imagine that diligent work is the most imperative part of getting achievement.. Health Benefits of Cashews