Older people (and “older” is subjective term), who cannot afford the luxury of retirement, are at a much higher risk of being let go. It’s also exceedingly difficult for them to compete in the labor market once that happens. Whether consciously or subconsciously, some employers tend to think that older workers have less energy and will be less productive, while ignoring the job experience and life experience they bring to the table. Greying hair or a paunch in the midsection can be a kiss of death. After being laid off and out of work for a while, older workers have this additional psychological obstacle to overcome in the interview process. But there are legal protections, so consider fighting back when they let you go instead of obediently signing all your rights away. Retaining an attorney who specializes in this field can often scare up a much more desirable severance than would have been offered otherwise without the need to actually file a lawsuit.

If You Worked in the City of New York – You’re in Luck. In NYC, we have the most progressive anti-discrimination law [1] in the nation, and it covers age. You can win an age discrimination case by proving that your age was a substantial factor (not the only factor, or even the main factor) in the firing decision. This is a tremendous advantage, explained further below.

What does it mean, in real life, when we say you have to prove age was a substantial factor in the decision to fire you? Who decides this? What basis do they use to decide a question like this?

If the case is not settled, the ladies and gentlemen of the jury decide it, after the judge reads them this language [2] (which is part of what we call a jury instruction). The following is part of what the judge would actually read to the jury before they go into deliberations to decide an age discrimination case: 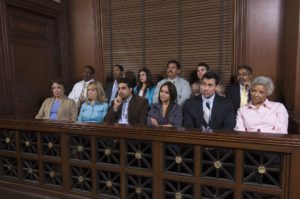 This is called a “mixed motive” standard. It means that if the jury, after hearing all the evidence, decides that your boss had some legitimate reason(s) to fire you, but that your age, (which is not a legitimate reason), was a significant motivating factor in the firing decision, you win, unless the employer can prove that he would have fired you even without considering your age. This is huge, because no employer is foolish enough to admit firing the employee for an illegal reason; there will always be some file that has been worked up for a while to justify the firing. Sometimes it is disguised as a corporate reorganization, or the creation of new positions that will now handle the tasks you did before you were fired. Under the City law, these excuses can often be shown to be exactly what they are: Mere pretexts to justify the illegal discriminatory firing.

What if You Didn’t Work in New York City?

If you didn’t work in NYC, you can sue under New York state law [4] , but unfortunately, New York state law is tied to the federal anti-discrimination law [5] , which has been gutted by decisions from the Supreme Court of the United States. With rare exception, all employment decisions that come down from the US Supreme Court now are decided against workers and in favor of management.

Since 1967, the ADEA [6] was added to the federal law to protect older workers from age discrimination, but that law has been severely hobbled by the Supreme Court of the United States. Most discrimination laws, such as Title VII of the Civil Rights Act of 1964 [7] , which protects against discrimination based upon race, color, religion, sex, or national origin, are still decided on a mixed motive standard, similar [8]  to the way that age discrimination would be decided under the City law.

However, in a 2009 case [9] ,  the US Supreme Court (in an opinion written by Clarence Thomas) held that someone suing for age discrimination under the federal statute was no longer allowed to argue mixed-motive; they had to prove their case by what lawyers call a “but-for” standard. This requires proof that the firing decision would not have been made if the person’s age had not been a factor. This is extremely difficult for the employee to prove, and it even allows the employer to say that your age was part of the reason you were fired, but there were other reasons too, and if you had been younger, you would have been fired anyway. This really turns the mixed-motive standard upside down in favor of the employer, requiring the employee to carry a very heavy burden to win.

THE GOOD NEWS is that there is bipartisan bill currently under consideration in Congress called POWADA [10] , which has been co-sponsored in the Senate by Chuck Grassley (R-Iowa) and Susan Collins (R-Maine), and the House version has been co-sponsored by Jim Sensenbrenner (R-Wis.) and is supported by Reps. Glenn Grothman (R-Wis.), Will Hurd (R-Texas) and John Katko (R-N.Y.). This is very important, because it means that with Republican co-sponsors, the bill is likely to pass in the Senate, and the House is now under democratic control, so it will definitely pass there. Although President Trump will probably not be very sympathetic to this Issue, it’s probably not important enough for him to veto it. 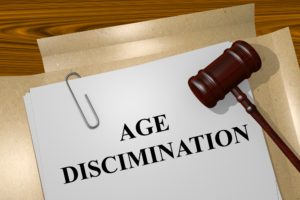 If this passes, it will effectively overrule the US Supreme Court case mentioned above, and allow age discrimination victims to bring their cases in federal court under a mixed motive standard, with a much higher chance of success. This also translates into a better chance of getting a decent settlement offer without going to court. It will also go a long way toward overcoming the very hostile attitude federal judges now have toward age discrimination cases. There are not many changes in federal law these days that are favorable to workers – but it looks like we have one coming down the pike.

[2] Jury “Instructions” are an explanation of the law which is read to the jurors by the judge at the end of the trial. These “instructions” break down the legal requirements the person bringing the lawsuit has to prove in order to prevail on any claim against a particular defendant. These are read to the jury in every civil trial in New York. CPLR § 4110-b.

[8] While there are some similarities, all discrimination cases are much easier to prove under the City law.